It’s 08:15. I’ve been at work for quarter of an hour. I’m quite bleary-eyed, and I’ve had a bowl of fruit and fibre with a banana sliced over the top.

“Morning David, how are you today?”

The medication is kept under lock and key in a small room just off to the side of reception. Policy dictates that we are not there to administer medication, but to “support and monitor” customers while they self-medicate. Our customers are residents of a supported housing unit in Hackney where I have been placed as part of the Year Here programme.

We are not medical professionals. But we are responsible for them taking this stuff. It’s a weird grey area, and one that troubles me. 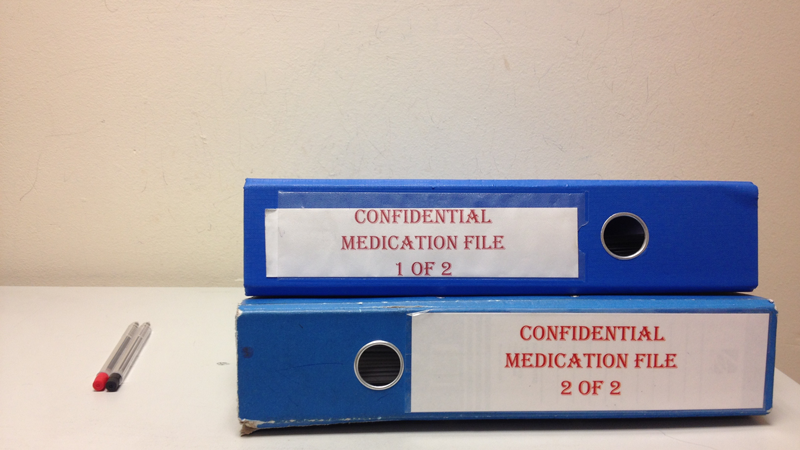 David heaves himself slowly into the chair as I unlock the cupboard. I take his pack from the shelf and hand it to him. The days of the month are marked like doors on an advent calendar – a continuously replenished, transparent, chemical advent calendar: devoid of surprise, bereft of chocolate.

Very slowly, he raises a hand and takes it from me. Very slowly, but very purposefully, he runs the overgrown nail of his index finger – quivering, tobacco orange – over today’s date.

He pierces the plastic foil, peels it off and places it gently on the table. Very slowly, he grasps a plastic cup, places it over the hole, and tips the whole thing upside-down. 3 of the pills fall into the cup straight away, but one is stuck on the inside of the plastic tray. The index finger appears again, meanders towards its target, and, very slowly, jabs at the stuck pill.

Once. Twice. A third time. No luck.

The plastic has now crumpled around the pill, further impeding its descent. I want to help, but as I move towards him, he freezes, and then recoils,

‘It’s ok’, he murmurs, ‘I can do it’. Apart from this interjection, the entire process is conducted in a terrible clinical silence, broken only by his irregular heavy breathing.

David tries a new tack. Placing the cup carefully back on the table, he turns the box back over, and reaches his nail inside the tray to prise the pill free at last. He tips the others from the cup into his hand, and with the four pills reunited, smears his hand across his mouth, pours himself a beaker of water and swallows the lot.

Clozapine for breakfast. Often dinner too. Or perhaps a monthly appointment with a doctor instead – where a great antipsychotic dollop of the stuff is syringed into the buttocks, left to slowly trickle out into the bloodstream.

David is hauling himself to his feet. I sign the chart in the front of his medication folder and put the box back in its place on the shelf, before locking the cupboard shut.

“That’s ok, David. What are your plans for the morning?”

“Ok, well, Mark and I are going to collect the apples from the garden later and maybe tidy up some of the plant beds, why don’t you come and join us?”

And with that he shuffles out very slowly. I sigh and watch through the window as he pulls his jacket around his shoulders, makes his way to the bench and, very slowly, rolls a cigarette. 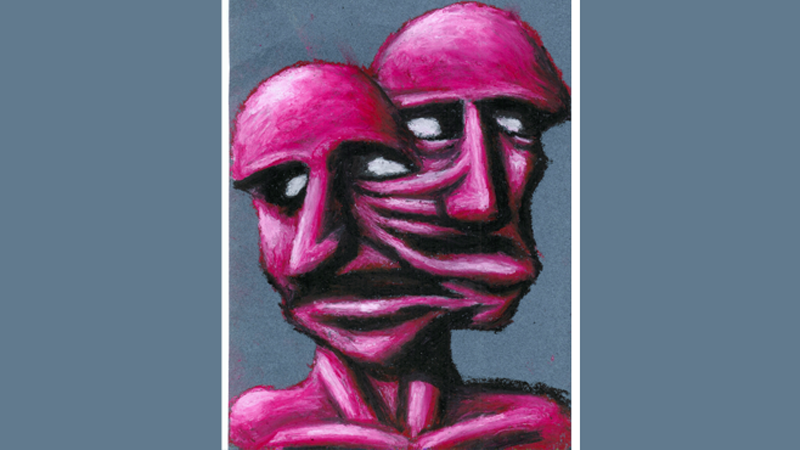 Clozapine is an atypical antipsychotic drug, primarily prescribed to patients who are unresponsive to, or intolerant of, conventional and other atypical neuroleptics. It was developed in 1961, and following trials was first released in Switzerland and Austria, before being released across Europe. In 1975, after reports of agranulocytosis deaths (low white blood cell count) in some patients, it was voluntarily withdrawn by the manufacturer. Clozapine then fell out of favour for over a decade, until studies were released demonstrating it to be more effective in reducing symptoms of schizophrenia than older typical antipsychotics, with more pronounced effects in those who have responded poorly to other medication. It is now commonly prescribed across the Western world.

I don’t what its like to take 400mg of clozapine every morning for years at a time. Fortunately, I can’t imagine many of us do.

But I’ve got a nagging feeling it might be part of the reason why David doesn’t feel like gardening club today.

Or anything much, really.