WE EXIST TO CREATE BETTER LEADERS FOR A BETTER SOCIETY

We live in a society facing tough social problems – from the isolation of older people to stubbornly persistent social inequalities. These challenges are often highly complex and the solutions seem elusive.

We believe that the answer starts with people.

We connect Year Here Fellows with opportunities that help them build an understanding of how social problems can hit the people hard. Helping them to build on this insight, our faculty and partners inspire courageous approaches to change.

As well as driving long-term change through better leadership, we aim for serious impact in the here and now. Year Here brings manpower and innovation to critical public and social services, directly affecting the lives of some of the most marginalised people in London. 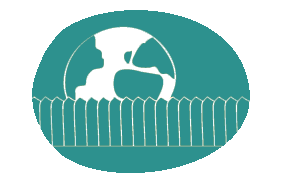 THERE’S A WORLD OF DISCOVERY IN YOUR OWN BACKYARD

Too often, budding leaders are disconnected from their own society. They may be focused on global poverty rather than issues at home. Or they are too easily swept up in the silent segregation that keeps the university-educated moving in different circles to the rest of society. Our Fellows forge relationships with people from all sorts of backgrounds and develop a grounding on their home turf. 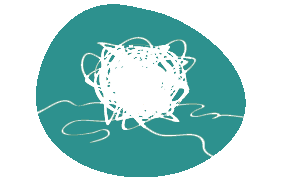 Our Fellows contribute to vital frontline services and get an insight into the lives of marginalised people and those that work with them – like the immigrant family struggling to get by without strong English or the harassed care home worker who finds herself spending more time on paperwork than caring for residents. We believe that this human-level insight is an essential foundation for social change. 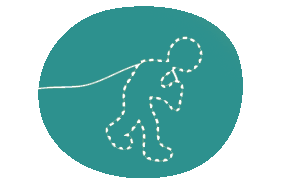 Social change is about more than satisfying someone’s desires, as commercial business often is. Improving society necessitates a rigorous understanding of the social change process, as well as all the tools of business. The sooner we acknowledge the inherent intellectual, creative and personal demands of driving change, the better we can prepare people for that almighty challenge. 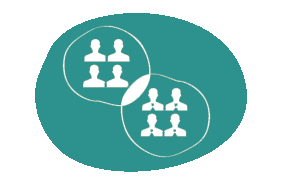 SOCIAL CHANGE HAPPENS WITH PEOPLE – NOT TO THEM

Our Fellows know that meaningful change comes from undertaking projects and initiatives with people – not to them, for them or at them. We don’t parachute them, into poor communities to ‘save’ them but instead encourage everyone to begin their efforts by listening, learning and establishing meaningful and equitable relationships.

RATHER THAN SITTING IN A LECTURE HALL, OUR FELLOWS WORK ON PROJECTS IN THE REAL WORLD

Throughout the programme, Fellows work on social purpose projects for real clients. To date, our alumni have contributed over 110,000 hours at the frontline. 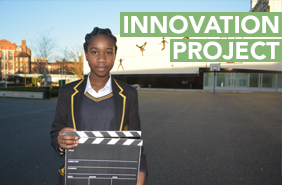 An advocacy project giving voice to school students at risk of gang membership.

Led by Mursal Hedayat (2015/2016) at the Globe Academy in Southwark, Globe Citizens culminated in a screening of a student-produced documentary to local police. 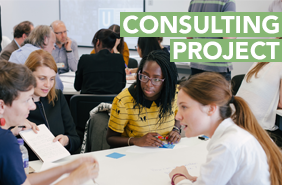 Setting the strategy for the charitable arm of Make Shift, an urban regeneration enterprise. 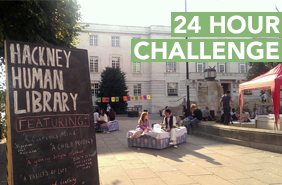 A library where the ‘books’ you take out on loan are people with diverse life experiences.

Held in Hackney Town Hall Square in July 2013, our human library was later featured in Roman Krznaric’s TED talk How to Start an Empathy Revolution. 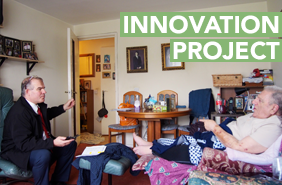 A mechanism for identifying vulnerability among older housing association residents. 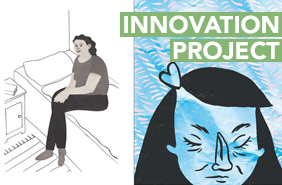 A therapeutic zine to support women who have suffered sexual violence, abuse or trauma.

Designed by Sophie Slater (2014) while placed at an Evolve women’s hostel in Croydon, Odyssey Workbook was a reaction against wordy, clip art-ridden resources. 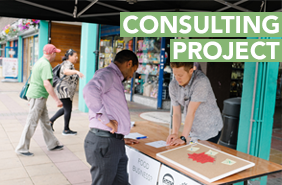 Developing the case for a social enterprise arm of Kitchenette, the food business incubator. 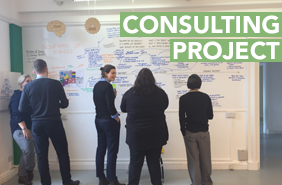 A service redesign project to better support people in recovery from drug addiction. 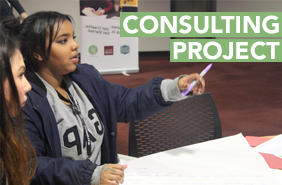 An event series at the Emirates Stadium to introduce young people to social entrepreneurship.

The EU-commissioned YES Alliance included partners in Spain, Greece and the UK all working together to promote youth social entrepreneurship.

THE GROWING FAMILY OF SOCIAL VENTURES FOUNDED BY OUR FELLOWS

Our programmes generated 30 social ventures, each with a new angle on a tricky problem.

Backed by UnLtd, Beyond Business, the Esmée Fairbairn Foundation and Bethnal Green Ventures among others, these charities and social enterprises have been recognised with three WeWork Creator Awards, the Next Billion EdTech prize at the Global Education and Skills Forum, and the Social Enterprise of the Year Award at the 2018 Centre for Social Justice Awards. They’ve also been widely featured in the press – including in The Guardian, VICE, The Evening Standard and Financial Times.

Formed and finessed during Year Here, our ventures were designed on the basis of insights our Fellows gained during the course – and developed in partnership with the people they are intended to help.

Making a house a home: how Settle was founded

Vulnerable people commonly find themselves moving out of hostels, struggling to manage their bills, getting evicted and landing back at square one. Settle was founded by 2014 Fellows Rich Grahame and Katie Slee to help young people maintain their first tenancies and avoid eviction.

Taking a different approach, Settle’s support is delivered once the young person is in their new home – when paying bills on time has become a reality – and is targeted at the issues that the evidence suggests are the biggest drivers of tenancy failure.

Settle has been recognised as Best Tenancy Support at the National Housing Excellence Awards, and named as one of The Big Issue’s 100 Changemakers in 2019.

Nudging patients towards better health: how Appt got started in the East End

During his Fellowship, 2016/17 Fellow Hector Smethurst was placed in a GP surgery in Tower Hamlets, a diverse and deprived East London borough with one of the highest rates of type two diabetes in the country.

As part of his role, Hector regularly made phone calls to invite patients to attend check-ups to manage their long term conditions. But take up of these appointments was poor. Isolated patients from the Bengali population, which is significant in Tower Hamlets, were among those least likely to respond. Hector started experimenting with text messaging and drew from behavioural economics to find the best ‘nudges’ to encourage attendance. He started seeing results immediately.

Today, Appt is a growing healthtech venture using a combination of behavioural economics, targeted engagement and data analysis to promote the appointments that diagnose, measure and manage long term conditions.

Sophie Slater, Ruba Huleihel and Sarah Neville all worked with vulnerable women during the 2014 programme. They found that lots of the women’s charities they came across had small clothes- or jewellery-making projects, often with therapeutic benefits for the women but rarely generating significant income.

They recognised the potential for connecting these small enterprises with a large market of potential customers: young ‘fourth wave’ feminists who were willing to buy clothes differently – if they were presented in a bold new way that ran counter to drab ethical fashion stereotypes.

And, inspired by Sophie’s negative experience of teenage modelling and retail, they ensure that the brand is body positive and proudly feminist.

A home of one’s own: how Fat Macy’s was founded

While placed at a North London homeless hostel, 2015/16 Fellow Meg Doherty made two discoveries. First, that hostel residents were in a benefit trap. Those that worked full time took home only a fraction more than those that were unemployed – as housing benefit was cut back for every extra pound earned through work.

The second discovery was that there was one thing that managed to unite hostel residents and animate their spirits: food. Specifically, jerk chicken.

Seeing that London’s food industry was booming, Meg took her chance to exploit that market opportunity to give young Londoners in temporary housing a tangible pathway out of homelessness.

Fat Macy’s runs supper clubs, offers catering services and is opening its first restaurant in Peckham. Takings from each dish go into a pot to help the staff earn a deposit for their first home.

Since graduating from the programme, our Fellows have been named among The Observer’s 50 New Radicals, Forbes 30 social entrepreneurs under 30, Ashoka Changemakers, and the Mayor of London’s London Leaders. Seven have won Women in Social Enterprise Awards and four have won a Shackleton Award.

Between them they’ve given 4 TEDx talks on elderly isolation, vulnerability, the migrant crisis and feminist fashion; written in The Guardian, Vogue, iD and the Huffington Post; and been featured on BBC News, ITV News and London Live. 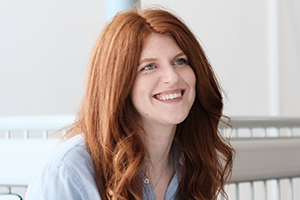 “I joined Year Here after 8 years working in the private and not-for-profit sectors, and it was of the most valuable experiences of my career so far. During Year Here I worked on a consulting project for a housing association researching how to make their supply chain more social. The project gave me such good insights that I now run a venture that aims to tackle the issue.” 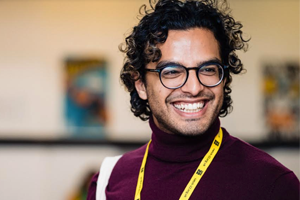 “Looking at back at Year Here, the highlights are the moments where I was able to be present for someone who was struggling and simply wanted a chat. Amidst the rush to act, do and scale the next best thing, the experience remains a powerful reminder that what is often needed most is that which we have in our reach: the ability to listen to someone.” 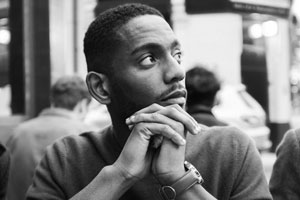 “During my time on Year Here I found out far more about myself and the social issues I care about than I expected to. The challenging nature of the course and the personal support that was given to me from other Fellows has meant I’ve been able to embark on a purpose-driven career with confidence and conviction.” 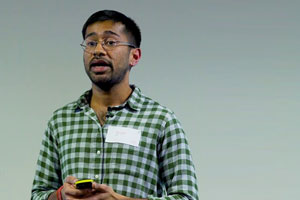 “I was placed at the North London YMCA, a homeless hostel for over 150 young people. It’s crazy how needed innovation is, but how little of it is currently being done at the frontline. For me, working on the frontline was the best way of figuring out which ideas would work. I tested multiple ideas before landing on Ally, a chatbot that gives information and advice to people at risk of homelessness.” 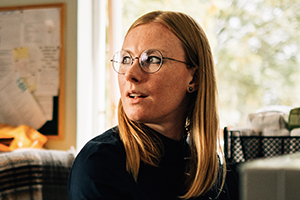 “I had commercial skills to apply in the impact economy but I did not have insight into the social problems I wanted to work on. For me the value of the programme is in its focus on gaining this insight first, before designing solutions.  I also met cofounders, future colleagues and friends. Business can deliver for people and planet profitably. Year Here gave me the space to find out where my place in that is.” 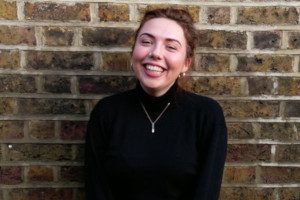 Chief of Staff, The Difference

“I joined Year Here when I was a few years into my career and feeling frustrated. I knew I wanted to do ambitious, high impact work but I didn’t know how to get there. Year Here helped me marry the two worlds of purpose and skills; it opened my eyes to a sector I didn’t know existed and I developed an incredible network. It showed me that the thing you care about most can, and should, be your job.”