Lives in Limbo: A quiet emergency

The story of Sam Adesanya, living at the harsh end of the housing crisis

I met Sam last year. He’s an artist, photographer and aspiring entrepreneur in his twenties. He works shifts in the local cinema and he’s learning Japanese in his spare time. He signs ups to any free local course going: filmmaking, art, cooking, football. He’s articulate, talented and determined to succeed. He never stops.

Sam is also homeless, and frustrated. He’s been in temporary accommodation for three years. “You’re kind of left in limbo” he says, reflecting on life in a 150-bed hostel in North London. Most residents, like him, stay long beyond their short-term contracts.

The resentment, the impatience, is there in Sam’s voice. It’s in his hunched shoulders, his quick pace as he bounds about the hostel’s crumbling hallways. Hostels shouldn’t be a long-term plan he says; it should be “short term, back to the real world”. But it rarely works out that way.

Sam’s distinction between hostel life and the real world is telling. It’s a feeling shared by many of the young homeless people I worked with at the hostel. 150 artists, engineers, aspiring designers, musicians – the list goes on – behind 150 closed doors. Divided from the rest of society by a great wall, both real and invisible. 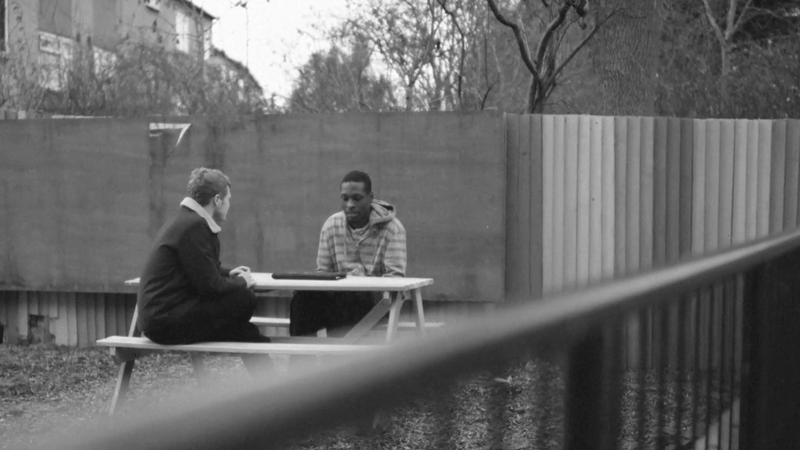 The small staff team at the hostel genuinely care and work incredibly hard but they are deprived of funding and weighed down by reams of paperwork. Most of all, they know that housing options for people like Sam are scant.

“They go backwards in here”, one support worker would often say. It wasn’t always the case but there was some truth in her words. Robert was on track to finish his social work degree; he now struggles to maintain eye contact or hold a conversation. Anish was halfway through his engineering course but became convinced someone was moving things in his room; now he won’t talk about anything else. Too often, mental illness weaves itself deeper into young lives the longer they are without a home. Surrounded by people yet without real human connection.

Somewhere along the line opportunities for change are missed and a young person’s potential wastes away. In many ways the system is rigged against them. Part-time work can mean losing housing benefit and risking eviction. Cuts to voluntary services and mental health budgets render services less equipped to deal with growing demand. Social housing has become an impossible pipe dream for most yet private landlords often won’t accept housing benefit – even if you’re in work. Bad circumstances are compounded by bad choices (drugs, alcohol and complacency often play a role), but the two are deeply intertwined. Many, like Sam, feel ready to move on with their lives. But their prospects are crushed under the weight of these barriers and more: London’s grossly inflated housing market, an epidemic of low pay, a fiendishly complex welfare system.

This quiet emergency at the sharp end of the housing crisis is intensifying. The number of young people sleeping rough has doubled since 2011, while under-25s make up a fast growing proportion of the homeless population. 48,000 people in London now live in temporary accommodation, including hostels and B&Bs – up a third since 2011. With rent hikes of 40% in some boroughs since 2010, eviction from a rented home is now the main cause of homelessness.

It doesn’t have to be this way. We could refuse to wait until the day that the government builds enough homes. We could refuse to accept the injustice of so many young people denied the chance to reach their potential. We could recognise the benefits we would all enjoy from a more inclusive society. We could act. And we could ensure that Sam, and others like him, are given a chance to move beyond limbo and towards a brighter future. We just need to meet him halfway.