The value of a robust support network in later life

Ron is 78 years old and Somer’s Town born and bred. After a successful career as a self-employed plumber he has recently retired.

These days he has a new role as full time carer of his wife, Patricia.

Patricia suffers from Chronic Obstructive Pulmonary Disease (COPD), which includes the conditions emphysema and chronic bronchitis, and affects around three million people in the UK. Patricia’s condition has deteriorated significantly in the last couple of years and she has become much more reliant on her husband. The condition has left Patricia housebound; she hasn’t left their home in three months and not left the immediate vicinity of their flat in two years. She is dependent on him to bathe and dress her. The emotional and physical effects of COPD on both of them are overbearing and Ron is struggling to cope or find any time to do anything beyond his chores and caring responsibilities. 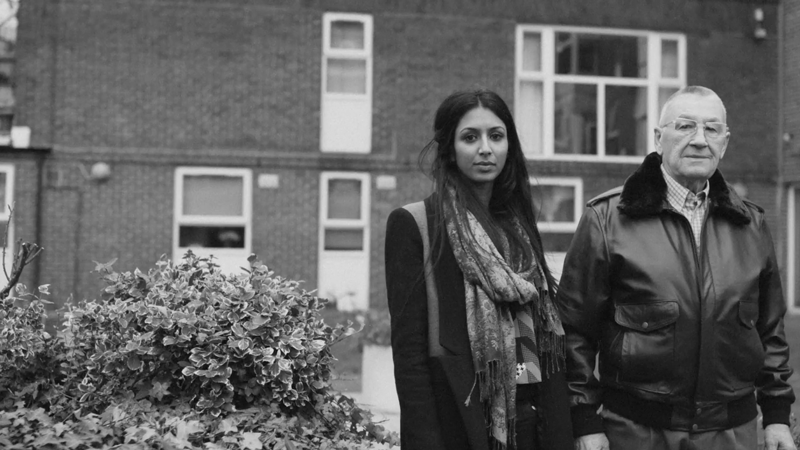 I came across Ron and his wife because Origin Housing, a local housing association I was placed with as part of Year Here, encouraged me to visit residents who they hadn’t heard from in a while. If Origin had not had such a proactive outreach approach, I would not have met them. I would not have been able to support them to apply for an attendance allowance (a government benefit for people who have personal care needs) and they would not have received the financial support they were so in need of.

Patricia’s health restricts her mobility and she is at risk of being socially isolated. But with Ron’s love and care, she has support and company. With the attendance allowance, they can make ends meet and Patricia can stay at home. Life isn’t easy but they are happy to be together.

During my placement I conducted over 50 elderly welfare visits to residents who had not reported repairs to Origin in the preceding 12 months. The most common feature of these visits was the type of response I heard when I asked why they hadn’t got in touch with us: “I didn’t want to bother anyone”, “I didn’t want to be a burden” and “it isn’t a big problem”.

There is no linear decline in people’s welfare as they age. I visited people in their 80s who were much healthier than other residents in their 60s. The common thread between those that were thriving was the presence of a support network. It doesn’t have to be family, I met lots of residents who were being helped and supported by their neighbours, without whom they would have been unable to do their shopping or collect their newspaper.

But these kinds of informal support networks do not exist for a rising number of older people. If rates of loneliness and social isolation among older people don’t fall, predicted demographic change alone would drive up the numbers of lonely older people in the UK by 40% by 2030. Isolation and loneliness cause mental illness, physical health problems, heavy drinking, poor nutrition, hospitalisation and institutionalization. In fact, loneliness kills.

Following Origin’s example, we have to intervene early: identifying people who are at risk and offering the simple, practical support that keeps them afloat and self-reliant – and affords them the respect they deserve.