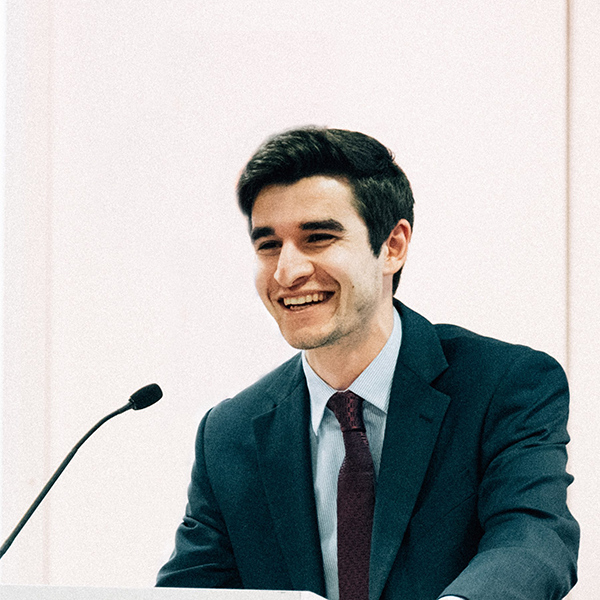 Bijan is a trustee of the Year Here Foundation, a new charity designed to widen access to social entrepreneurship for people from diverse or disadvantaged backgrounds.

Bijan is also the Head of India Trade Policy at the Department for International Trade. He previously served as our Development Manager, on secondment from the Civil Service Fast Stream Graduate Programme. On the scheme, Bijan completed postings at the Cabinet Office, HMRC and the Ministry of Justice – tackling a broad range of issues including diversity and inclusion in the public sector, international criminal justice policy, and improving user accessibility for government digital services.

Bijan graduated from SOAS, University of London with a First-Class Honours in Economics & Politics in 2014, and from the University of Cambridge in 2015 with a Masters in International Relations as an Embiricos Scholarship student. His research focused on perceptions of the West amongst Middle Eastern political thinkers and statesmen in the modern period.

Alongside his university work, Bijan designed and delivered community basketball sessions for youngsters in Haringey, Enfield and Hackney as part of community regeneration initiatives. In his spare time, Bijan enjoys playing basketball and football, and unsuccessfully learning foreign languages.