On Dignity: Facing life before death

Louise Ellaway on her experiences at a North London Care UK home.

A week into my placement at a North London dementia care home, Doreen* leads me into her room, flips up her skirt and begins to wiggle off her pants.

“These ones won’t do. They won’t. They get wet, they’re wet all the time you see? They’re wet and it’s very embarrassing.”

Woah there! Still fresh to the complex behaviour unit, my first instinct is to leg it. Nudity! Madness! Faeces!? I avert my gaze and shuffle-step towards the door.

But Doreen wants an explanation; will they be ordering her new knickers? She’d like the ones with ‘Monday,’ ‘Tuesday’, ‘Wednesday’ written on them – and dry, and in a packet. She’s put an order in at reception, but the bastards won’t hand over the goods. 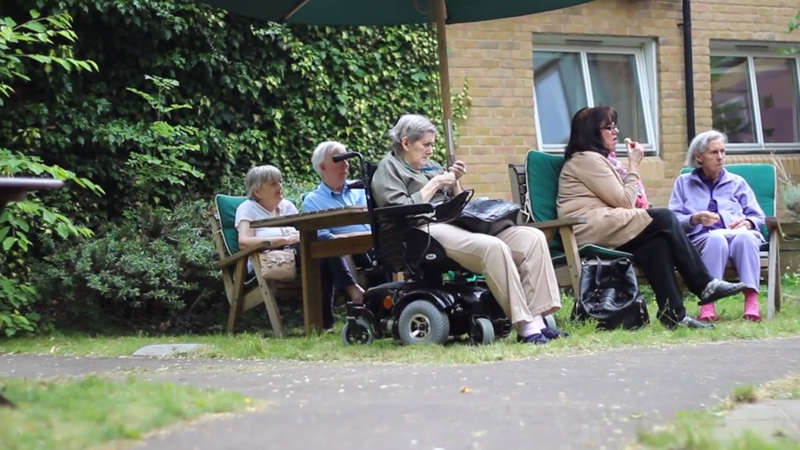 It’s around this point that a care worker’s routine navigation of a surreal sub-reality begins. I’ve had no formal advice on this, and so far as I can tell, staff tend to style it out in their own individual way. The official line is: don’t lie to residents, but don’t upset them unnecessarily. Faced with questions such as ‘Where’s my mother?’ and ‘Can I go home?’ at least twice an hour, you swiftly learn that simple truths can be incredibly confusing for dementia sufferers and, if understood, distressing. Often, as in this case, you’re left to patch together and pick up threads of a hazy lie/not-lie told by another member of staff.

Doreen does of course get clean knickers daily, and a pad to guard against incontinence. She probably won’t be getting a new packet from reception. But giving an authentic response to her concerns seems less important than making her feel at ease. I tell her there are new pants coming, that she will soon be in a clean pair. I tell her the situation is perfectly normal, that no one is laughing at her, that her dignity is intact.

What exactly is dignity? From where does dignity stem? Can Doreen possibly possess it?

In my first few weeks at the home, I would baulk at moments like this; caring for a fellow human who is beyond the point of normal social convention, and who becomes as a result utterly vulnerable, utterly exposed. Dementia, alongside varied quirks of the ageing psyche, can lead people to keenly divulge information – emotional, physical, financial, you name it – that they might otherwise have kept intensely private.

In those initial days, every such interaction would spark in me a strange mental migration – the inimitable feeling of drifting into a resident’s worldview. Fast-forward sixty years, and there I am, cooped up in some lino-floored asylum, caterwauling life-long secrets down dingy halls, shuffling out of my pants to demonstrate to an unfamiliar young lady that I’ve soiled myself.

[for clarification: I’m currently volunteering in a care home, not an asylum. It is warm and welcoming, with incredibly dedicated staff: not a bad place to end your days. For some reason, though, my fabricated future home is always grim to the nth degree]

In the grips of this vision, the first thing that hits is an aching sense of loss – what a rift, to lose my carefully cultivated understanding of the world, and my place in it. Soon after, there floods a perfect storm of shame and horror; that I would reveal my tenderest emotional self to all and sundry. Could I ever bear a stranger to see me like that?

Imagining yourself in a scenario leaves you freedom to feel horrified by it. Perhaps you could say that those in the midst of mental degradation are not aware of their own decline – so what’s the harm? But while dementia sufferers can lose grasp of their own situation, some halo of discomfort or shame often remains; loneliness, confusion, depression. Remnants of past consciousness, past awareness seem to linger and breed unease.

Ageing is inevitable, but dementia is an illness. In abandoning social norms, in losing control of our bodily functions, in sharing our life’s experiences, are we really losing dignity? Or might dignity actually rest in the eye of the beholder? 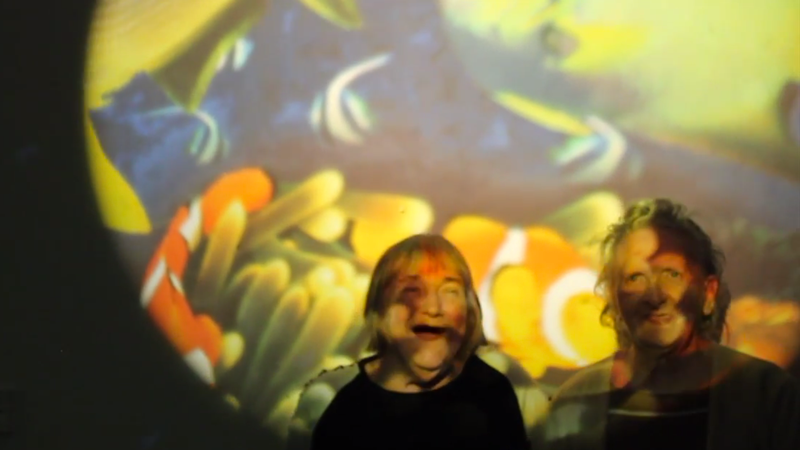 Over time my high-octane response has stalled. I no longer throw myself into their shoes with every passing drama. When a painful process becomes routine, it swiftly feels mundane. Beyond a point, making the mental journey into a resident’s viewpoint is as resistive as wading through tar. It gets harder and harder to occupy their worldview.

How much easier it is to belittle them! – in the simplest, most loving manner. Nanny, don’t you look cute today? Let me button up your fluffy jumper. Is your pad wet? You poor sweet heart, I’ll fix it for you. Let’s go to the toilet. You want to go home? Maybe later. Just sit down, just wait here, you can go home later.

Perhaps an element of this kind of molly-coddling is inevitable; pathic responses make daily life run smoother for carer and resident alike. But in thinking of residents thus – as loveable invalids – mature adults, we make children. We don’t adequately deal with the fundamental feelings of unease, the incredibly real experience of disassociation, that many sufferers experience. If there’s one thing I don’t want for myself – dementia-stricken, disability-bound, insane or otherwise – it’s to be stripped of personhood in the minds of others.

Two months into my placement, in an industry where staff face emotional challenge daily, and the shocking quickly morphs to seem commonplace, I have to trip back to those first insights to offer myself this advice:

Make the migration. Don’t just make it once: jog yourself to keep making it, day in, day out. Occupy their experience, and see them as whole. Try to know what it feels like; know what it would feel like; know that it could and may, one day, be you.

It’s not easy to do: and that’s understandable. It can be both depressing and anti-intuitive to empathise fully with people whose capacity to relate normally is dissolving. Let me not fudge the issue; it is cripplingly tough to face the nature of life before death front-on.

But any kind of empathy takes effort, and the reward is that we embody real respect. Real respect allows for real communication, real connection. To see this in action, just take a look at the mind-blowingly inspiring Naomi Feil.

In allowing ourselves to see dementia sufferers as full persons, we afford them true dignity, something we should insist on for our elderly now, and safeguard for our own future.

*names have been changed