Schools (nearly) out for Summer

I’m sitting here trying to articulate the last 5 months of my life and I’m pretty lost for words. In an irony that hasn’t escaped me, my innovation project attempted to improve the social and emotional literacy of the young people I work with. As I begin to get slightly frustrated that the words aren’t flowing, mildly horrified that I haven’t been able to write a faultless novel, I’m reminded of an interaction I had a few weeks ago.

I looked into Sam’s eyes and I saw a defiance in him that I rarely see. Don’t get me wrong, he shows me defiance every day in shed loads, but in that moment it felt different. There is a fear this time, a vulnerability that is often hidden deep below. It’s hidden below his mischievous cackle, deep below his love of throwing any object he can find across the classroom, and even deeper below his ridiculously irritating ability to impersonate my voice and copy everything I say.

It was exam week. Sam’s literacy levels are extremely low, he’s mostly unable to read or write, so you can imagine that exams aren’t Sam’s favourite thing in the world. We sat there for nearly an hour trying to make progress but as time ticked on and Sam remained adamant, the ominous exam paper that laid on the table between us started to become a metaphor. An insurmountable metaphor for the hardships that Sam has consistently faced and unfortunately will consistently face; unstable home life, family substance misuse, death, heartbreak, low income, high special educational needs, excluded from mainstream school. His refusal to do that paper is a refusal to be reminded that in some way or another he had failed.

As I continued to encourage him I tried hard to not let it show that I too was beginning to question why he should do the paper. What good could it do him? Another painful reminder that he might not be able to do something and was different to other people. Another thing to knock his self confidence that bit lower. 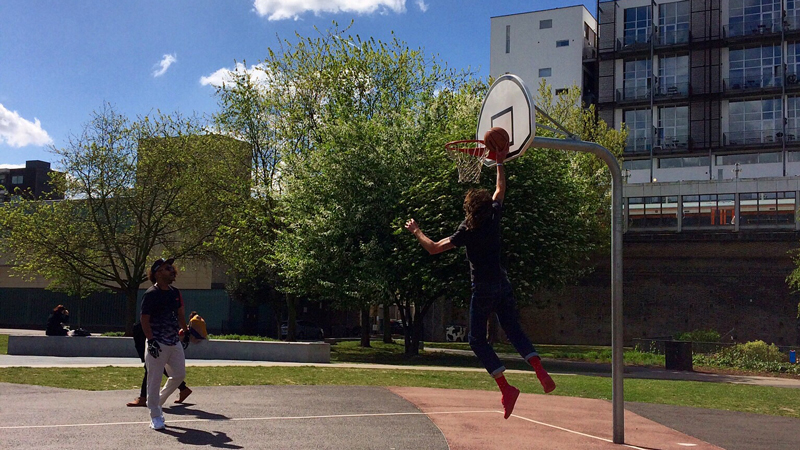 For the last 5 months I’ve been working as a teaching assistant at Inspired Directions School, an Independent Special School Alternative Provision (AP) in Dalston. School seems to move a million miles an hour, each day feels like a week. By their nature AP’s have a much higher staff to pupil ratio so although 25 pupils sounds relatively small, don’t be fooled, for what we lack in bodies we do not lack in noise or energy.

There is a problematic narrative that surrounds APs; rough, tough, bad, troubled, problem filled, difficult and more. But probably the best way to encompass all of these descriptors, is that the young people are everything and anything but ‘normal’. Mainstream school couldn’t handle them so they’ve been removed from that setting. They’ve been marginalised. For many, being educated in an AP isn’t their only ‘abnormal’ service as the majority of our young people are doubly institutionalised; attending Inspired! and being known to social services, CAMHS or having a Youth Offending Team (YOT) worker. Very quickly after trying to identify the reasons of a child’s entry into AP you want to stop – well I did, mostly because I got a bit of a headache. All the factors seem to be so interlinked; an intricate, ever shifting and developing list of causes and triggers. Being tasked with fixing one issue seemed difficult enough, but to me everything seems to be blurring into one inordinate mass of issues.

It’s amazing how quickly you become attuned to the different frequency of interactions in IDS. It’s not that it’s easy, or that you know what’s happening once you’re alerted, but you know that something is different. Jack is one of those young people whose frequency I’m getting better at reading.

Jack was excluded from his mainstream school halfway through Year 7 and was sent to a larger, more authoritarian Pupil Referral Unit (PRU) on a fixed term exclusion. Decided on by school, pupil and caregiver, fixed term denotes the amount of time the young person has out of mainstream before they reintegrate. After a year in a PRU, Jack was reintroduced to mainstream school unsuccessfully. He cites the strict rules and disengaging lessons as a reason behind his extremely low attendance. It was decided that Jack was not going to get along in mainstream and so was sent back to the AP space, with permanent placing at IDS from the start of his Year 10 and he’s been with us since then.

He’s the first pupil I see in the morning, without fail. It’s in his body language, his eyes, whether he looks up or down, how long he’ll look at me, whether he leaves his hood up or puts it down, whether he laughs and makes a mock face of disgust at my healthy shit breakfast or whether he slams a folder on the floor, revelling in the disruption of calm.

He’s a person in every way that you or I are and all of his morning nuances are just one of the many manifestations of his complex mosaic fabric of 15 years of living. He’s funny, quick witted, intelligent, has a vocabulary exceeding a 24 year old self professed articulate pro and has the ability to write lyrics that flip you round, cartwheeling you in a verbal whirlwind.

These mornings have become fleeting golden moments of my day, snatches of conversation and glimpses of a life. Flashes of a story all told with honesty and vulnerability. Moments where I see Jack for the young boy that he is, not the prickly, difficult, attention seeking bad man that he can also be. Often the onus is put on how to move forwards with these young people and focus on the future, but more and more it seems to me that the past is as important. Not to dwell – dwelling is unhelpful and victimising – but instead to use the past as a tool of empowerment; how can you own your future if you can’t own your past?

He isn’t a victim, and don’t you, or I, forget it. Jack grew up in a difficult home where he was exposed to alcohol abuse at an early age. Like many of the young people at our school, the local environment of a deprived area hasn’t helped Jack and he is now involved with criminal activity, drug dealing and gang affiliations.

Known to social services, educated in an AP, attending weekly Youth Offending Team meetings, we should be confident that the three services could, and should, be able to help Jack make better choices. Yet we still don’t have it right. As his issues worsen, his awareness of how he is perceived and understanding of relationships become heightened. He struggles to articulate his emotions, teetering on depression and swinging furiously into times of rage, unable to regulate his anger.

Conflicted between easy money, a glamorised life on the roads, belonging to a community and being someone, or alternatively struggle to find his way in education, in mainstream society and ultimately to choose a career. It’s all very daunting and far away. When you’ve experienced a lack of consistency for much of your life it’ s understandable that you wouldn’t want to focus your efforts into something that feels extremely unlikely. One of the many wonderful teachers I work with told me, “You can’t help the young people make the decisions, all you can do is show them all the options.”

We’re entering the final week of placement and I can tell you that school really is out for summer and more importantly, without a shadow of doubt, that the last few months have been the most amazing, special, paradoxical months of my life. From hysterical laughter to fighting the urge to want to cry and scream, daily frustrations fighting for 10 minutes of concentration is so worth it for that one lightbulb moment, surrounded by young people who appear so mature but are often extremely vulnerable, forced to grow up too fast too young. Surreal, bizarre and completely unique, AP’s are shaped of course by the pupils, but also by an unfaltering, hugely compassionate, patient staff team who will come in smiling daily, driven with the attitude that with each day comes a fresh start.

I feel so grateful for having the opportunity to listen to the stories of the young people at IDS and learn from them, their opinions, their thoughts, their experiences and it’s the combination of all those differences that must remain front and centre as we try to fix youth inequality. Do AP’s work? I’m not so sure. Should the responsibility of youth inequality lay with the education system alone? Absolutely not.

All names have been changed to protect the identity of the individuals. This blog was originally published on the Year Here & Now blog.